The Chief Justice, His Lordship Justice Anin Yeboah has inaugurated a new District Court at Asofan in the Ga North Municipality of the Greater Accra Region. 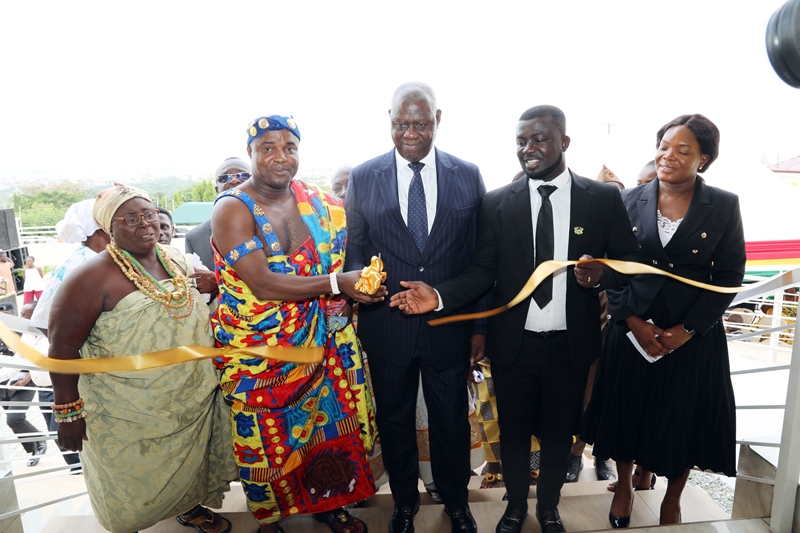 Chief Justice, His Lordship Justice Anin Yeboah (middle) assisted by Chief
of Asofan and MCE to cut the tape

This is in fulfillment of the Judicial Service of Ghana’s mandate to ensure access to justice by the citizenry,
especially at the district level, as well as improve the physical infrastructure of the Service.  The District Court at
Asofan meets the standards of utility and modernity; it has solar power, a generator set and borehole to ensure
regular and uninterrupted water and electricity supply. This will complement the fully furnished spacious courtroom,
Docket and Typing Rooms as well as Offices for the Registrar, Bailiff, Cashier and Processing Clerks. 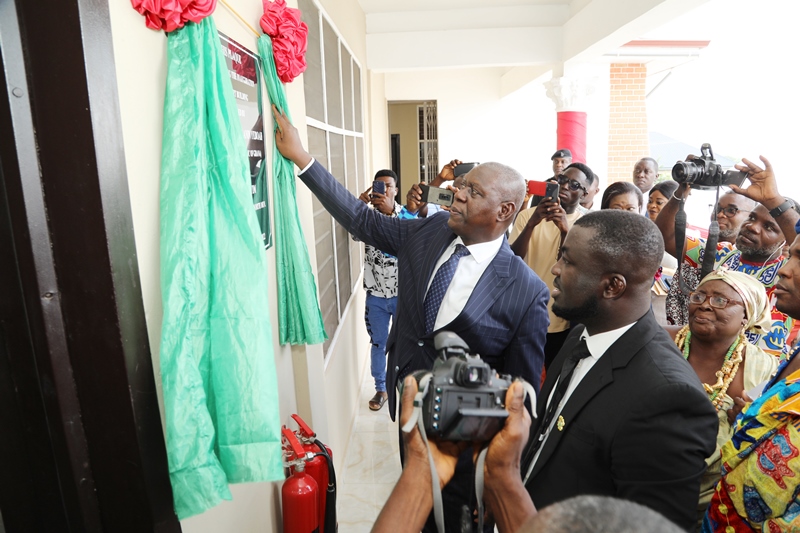 Justice Anin Yeboah in his address expressed joy and satisfaction with this courthouse project and applauded
“all those who made this dream come through”.

He called on Metropolitan, Municipal and District Assemblies to ensure that all districts, “especially the newly created ones,
get their fair share of courthouse infrastructure to guarantee the people easy access to the courts and delivery of justice”. 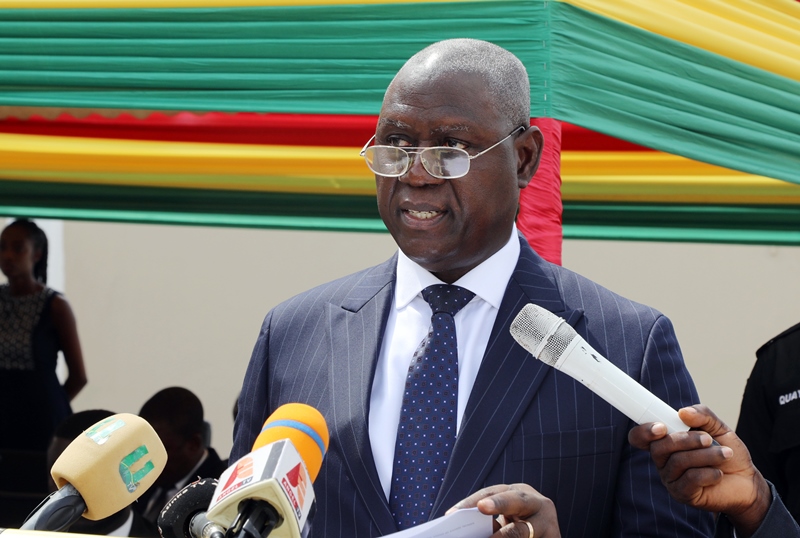 The Chief Justice further urged the MMDAs and the staff of the court to cultivate the “highest maintenance culture
for both the facility and the equipment therein”.

The Ga North Municipal Chief Executive, Hon. Simons Sekyim, said the challenges or hassle of his people travelling
to Amasaman or Achimota to access court was over. He was hopeful that “the siting of the court in the Municipality
would serve as a deterrent to criminals” and reduce crime rates whiles protecting individual rights. 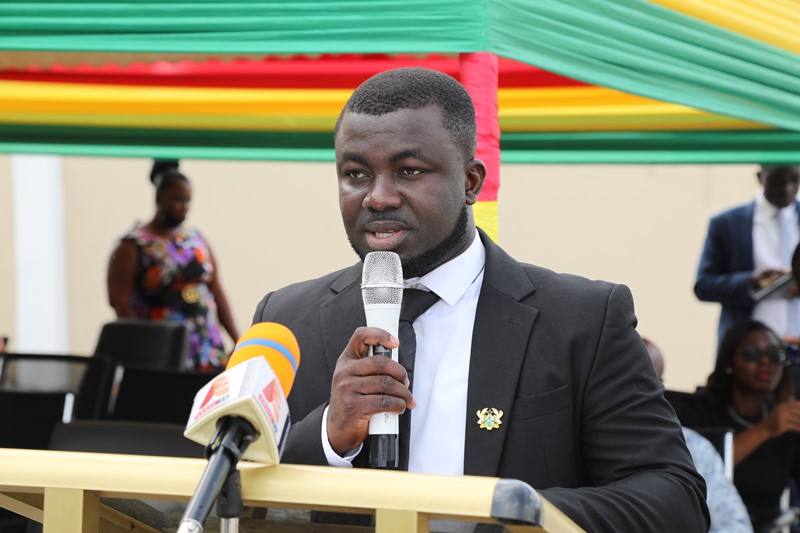 Mr. Sekyim commended the Chiefs and Elders of the Asofan Traditional Council for making land available to the
Assembly for the construction of the court. He said their gesture shows, traditional rulers in the Municipality are
committed to ensuring peace, order and security. 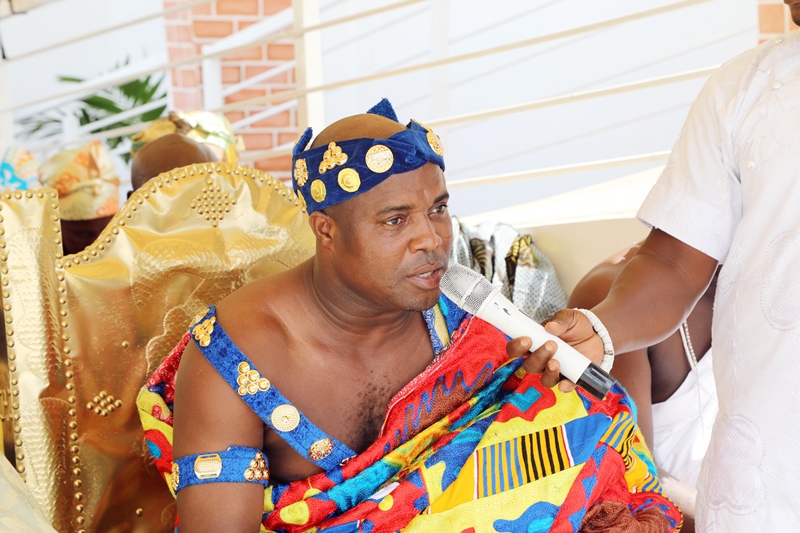 For his part, Chief of Asofan, Nii Abetia III, was of the firm belief that the court would bring development to the area.

He cautioned his people against activities that will make them fall foul of the law, as he put it, “the court could be a blessing or a curse”. 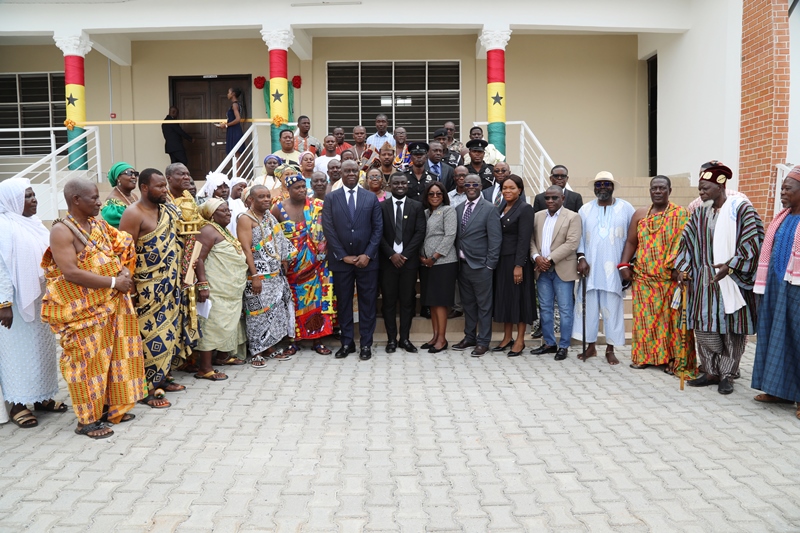 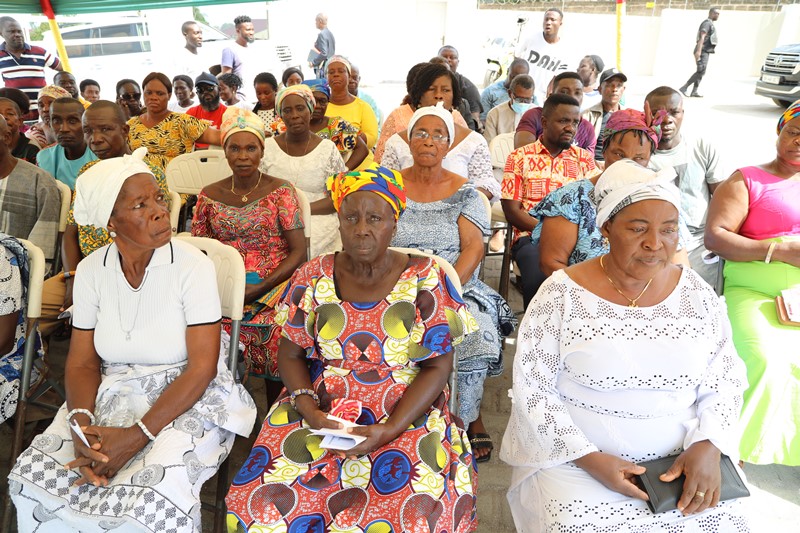 A group of dignitaries attended

The inauguration of the District Court at Asofan was witnessed by some members of the Bench and the Bar, Chiefs,
Queenmothers and elders of the Asofan Traditional Council as well as directors and staff of the Judicial Service of Ghana.