Technology is key to access to justice – Chief Justice 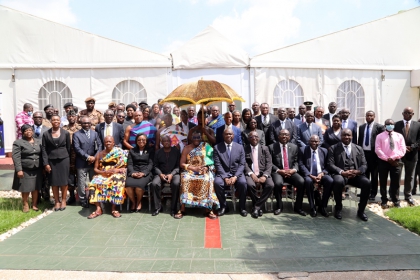 The Chief Justice, His Lordship Justice Anin Yeboah has highlighted the importance of technology and its benefits, in particular the e-justice system, to the administration of justice in Ghana. 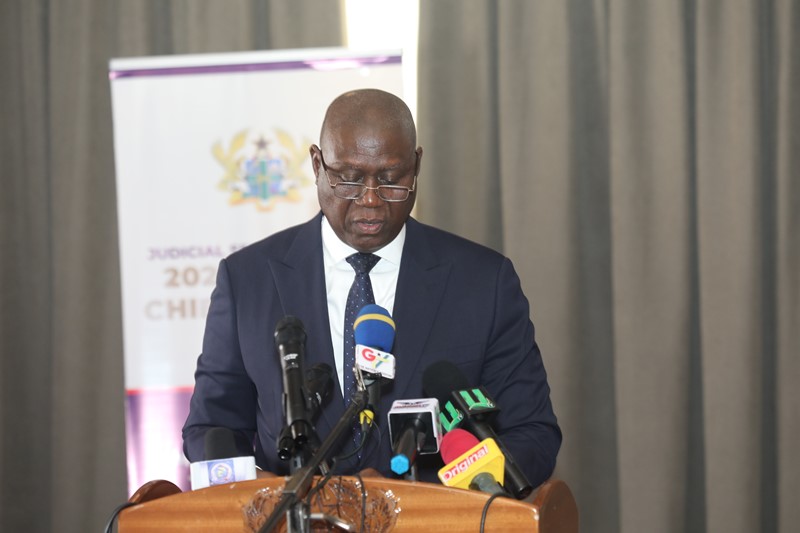 His Lordship Justice Anin Yeboah, Chief Justice of the
Republic of Ghana delivering his address

“The impact of technology on our justice delivery system in Ghana is further evidenced by the Judicial Service’s e-Justice system. This system has, for instance,
made it possible for court users to file processes and make payments, without the need of coming to the court premises. In some instances, lawyers even receive
emails about adjournments. The system has also made it possible for relevant administrative persons to allocate cases to judges, track the progress of cases,
store electronic copies of case dockets, and generate important statistics, among other things. 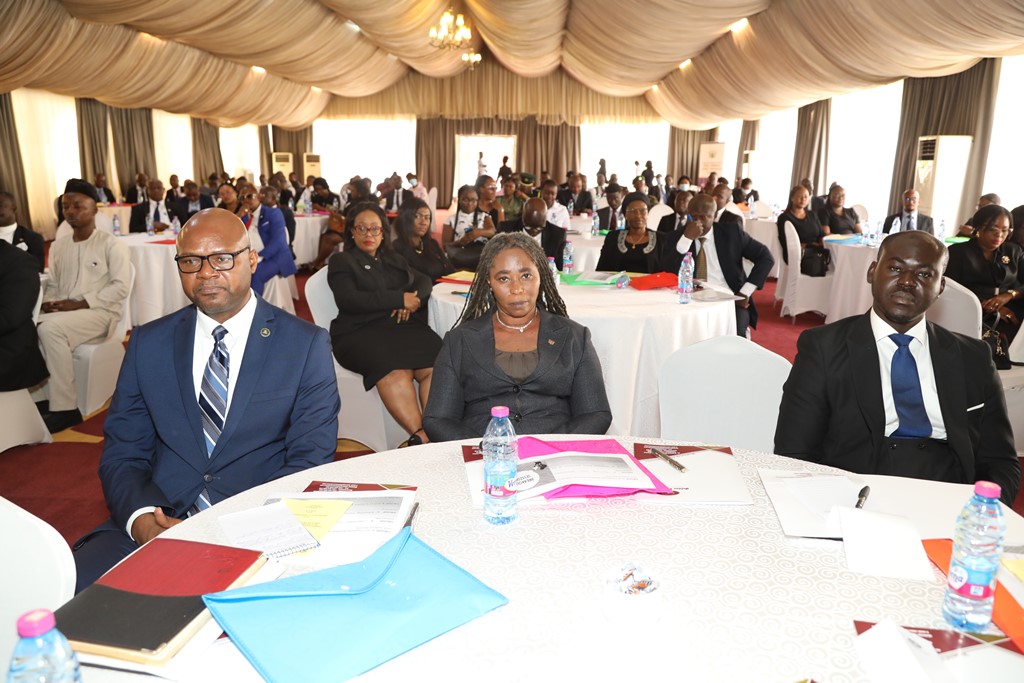 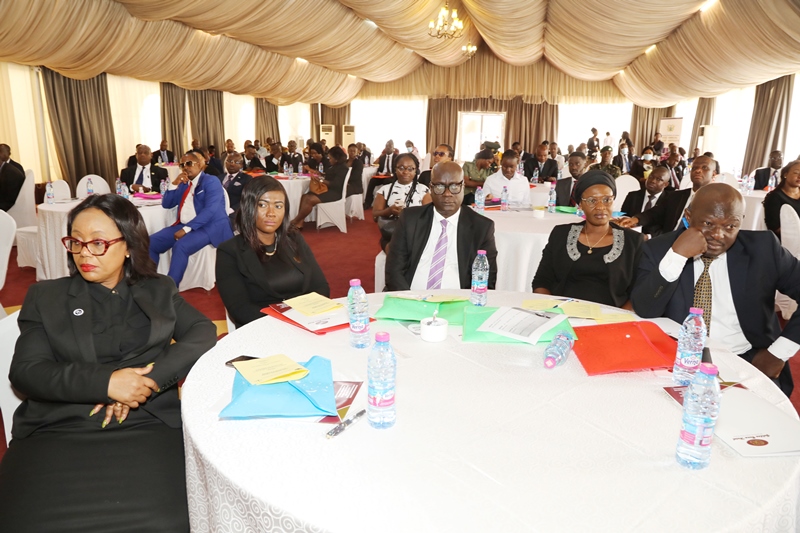 A section of participants

The modest achievements I have described portend the heights that a well-resourced and technologically inclined Judiciary can reach. The lessons from
the piloting of these interventions would, by all means, inform how the system would be ameliorated, and hopefully, in the not-too-distant future, these would
be permanent features of the judicial system we can deploy in all courts across the country.”

The Chief Justice made these observations during the 2022 Chief Justice’s Forum held in Kumasi, on the theme: ‘’Improving Access to Justice In a Pandemic through the Use of Technology.

Speaking at the Forum, His Royal Majesty Otumfuo Osei Tutu II, Asantehene, who was the Special Guest of Honour, in a speech read on his behalf
by the Mamponghene, Daasebre Osei Bonsu IInoted that the Covid-19 disrupted nearly every aspect of human existence and stressed that the theme for the
Forum challenged participants to “reflect on how we can use technology to ensure that justice delivery continues unabated, despite what we have been asked to think of as the new normal.” 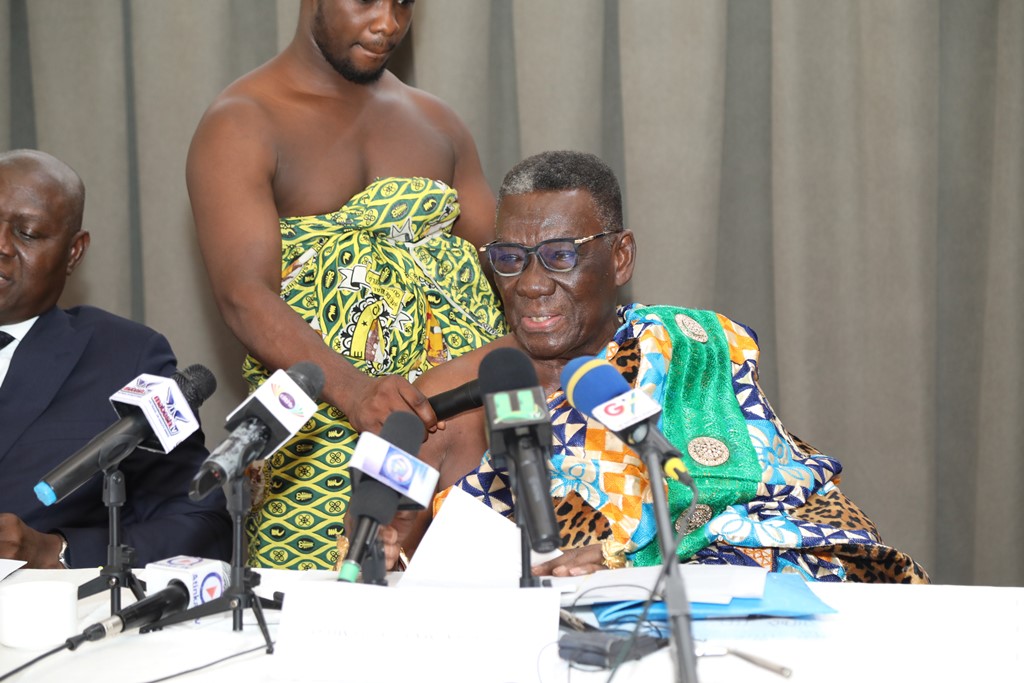 Daasebre Osei Bonsu further tasked the key players in the administration of justice to consider ways in which they could continue “to integrate ICT tools
and processes into the justice delivery system so we can reap the benefits of speed and efficiency they bring’’ and turn it into an advantage for the more remote
and poorer areas in the country, rather than widening the digital divide. 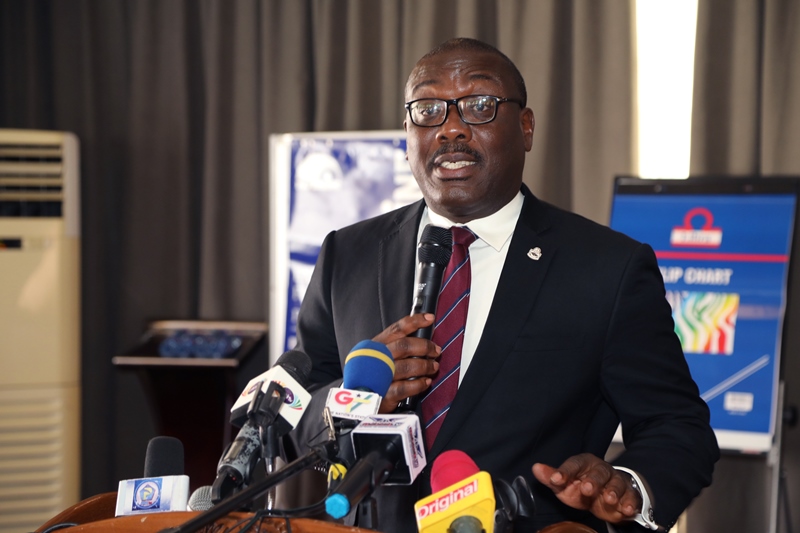 The National President of the Ghana Bar Association, Mr. Yaw Acheampong Boafo in his remarks noted that “Despite the benefits of digitization and technology in
improving access to justice in Ghana, there are known challenges: These include but not limited to inadequate digital infrastructure, connectivity gaps and the
cost of access to the internet which appears to be high and thus beyond the means of the average Ghanaian. 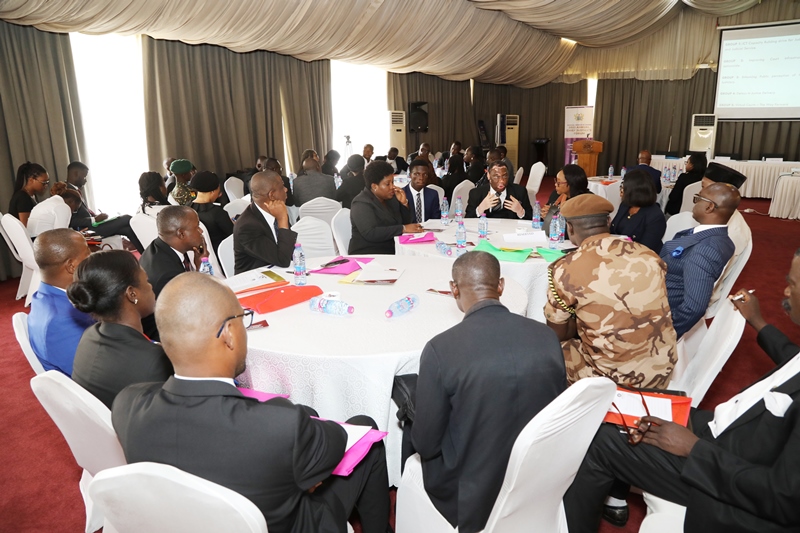 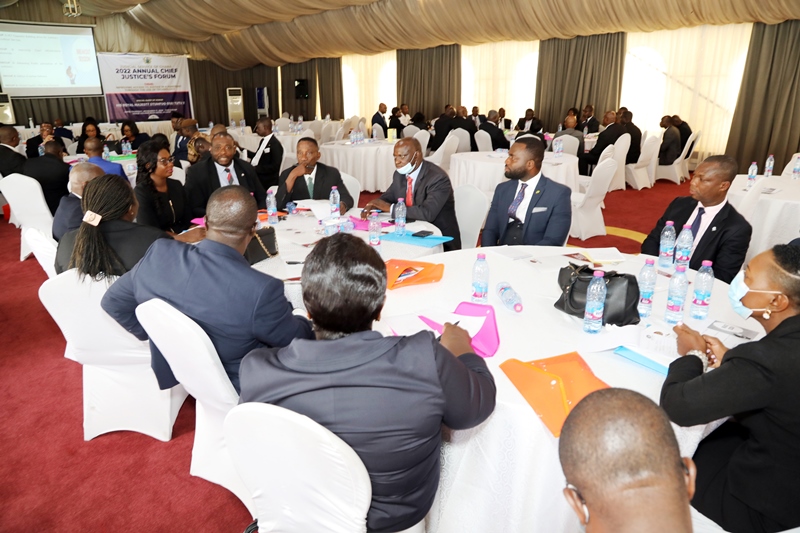 Another barrier to accessible Justice has to do with how the public access and use judgments and decisions from our Courts- especially the Superior Courts.

He thus suggested to the Supreme Court the setting up of social media handles to educate the general public on topical issues. 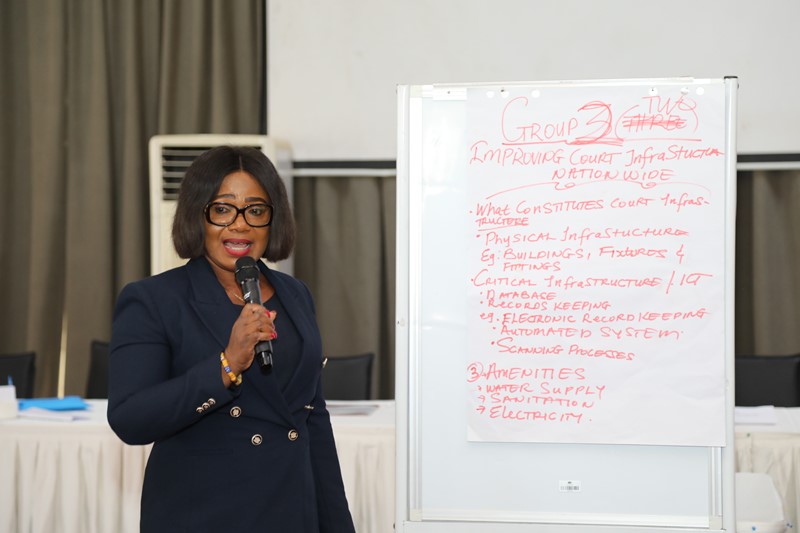 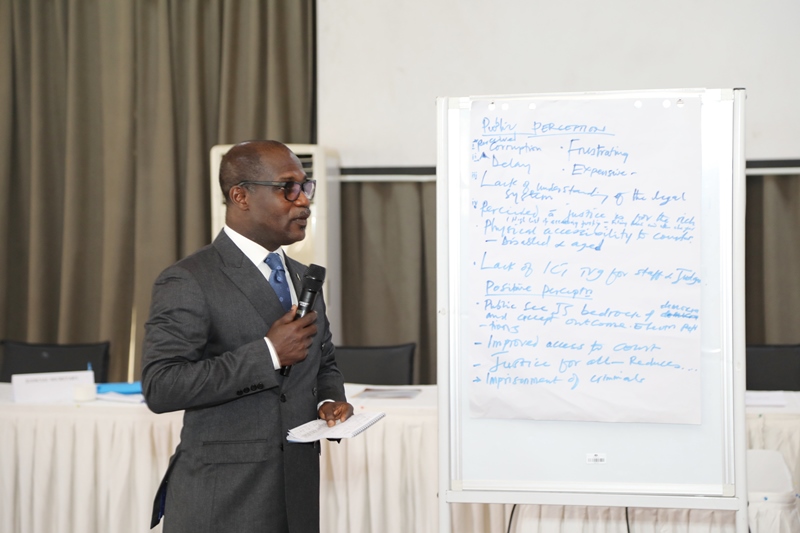 “It is proposed for the superior courts-especially the supreme court to consider setting up and maintaining social media accounts-especially on Twitter,
LinkedIn and Facebook-where some selected public interest decisions of the court would be posted, summarized and explained in plain non-legal language
to the public for them to understand the decisions, their significance and how they affect their businesses, livelihoods, marriages, security and aspirations,” he said.

The event brought together stakeholders from the many different institutions in the justice delivery value chain – the Judiciary, in both its judicial and
administrative capacities; the House of Chiefs; local authorities; the security services; Non-Governmental Organizations, the Ghana Bar, academia, commerce and
industry, faith-based organizations and ordinary citizens to discuss the state of justice delivery and explore the improvements and interventions which are necessary to make it efficient.

The forum is also a way for the Judicial Service to provide information about its activities to the general public to foster greater understanding of its processes
and institutions. This improves transparency and trust from the general public, which is vital for both the Judiciary and the public. The forum also allows the Service to
receive feedback from the public to inspire reforms or at the very least, secure responses to remove misconceptions.