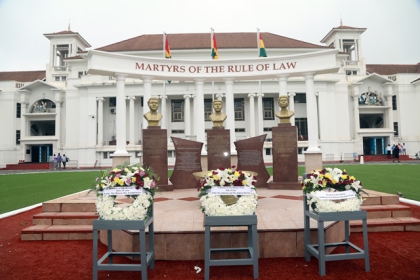 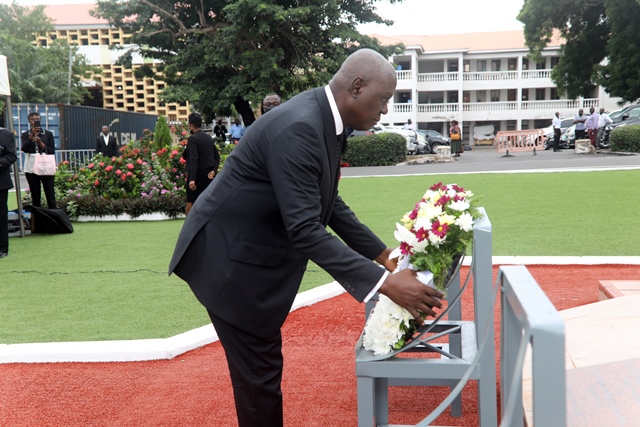 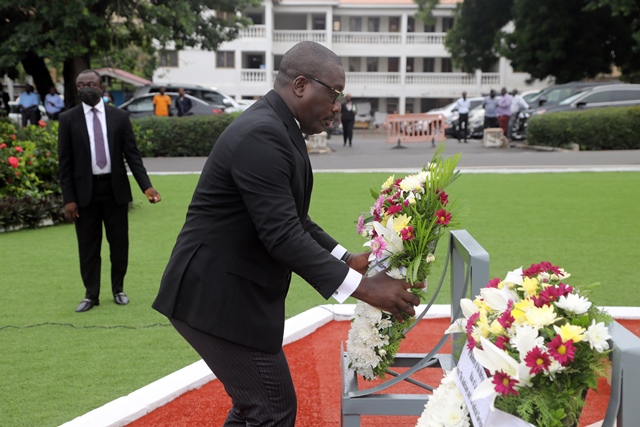 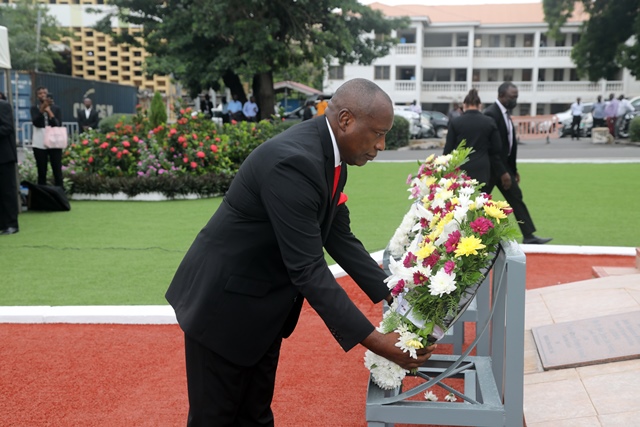 The solemn occasion commenced with a brief wreath laying ceremony at the forecourt of the Supreme Court, followed by a church service at the Christ the King Catholic Church, all in Accra.
Chief Justice Anin Yeboah laid the wreath on behalf of the Judiciary, followed by the GBA President; Mr. Yaw Acheampong Boafo on behalf of the Bar and Mr. Kwabena Agyepong on behalf of the bereaved families.

Delivering the sermon at the remembrance service at Christ The King Church, Very Rev. Fr. Andrew Campbell (SVD) called on Ghanaians to love and forgive one another to ensure a happier and peaceful society.

He stated, “Using the example of the three Judges who led exemplary lives, I ask; what have we learnt in the past 40 years? Are we a happier nation and people? The answer to why we are not happy is because we don’t love and pray enough. The more we love, the more we can forgive. You can’t keep anger, resentment... and be happy.”

“We have no choice but to forgive”, the Priest remarked.

Using 1 Corinthians 13 as a foundational scripture, Father Campbell in his homily, admonished all “to close the door to evil, as hatred is of the devil”. 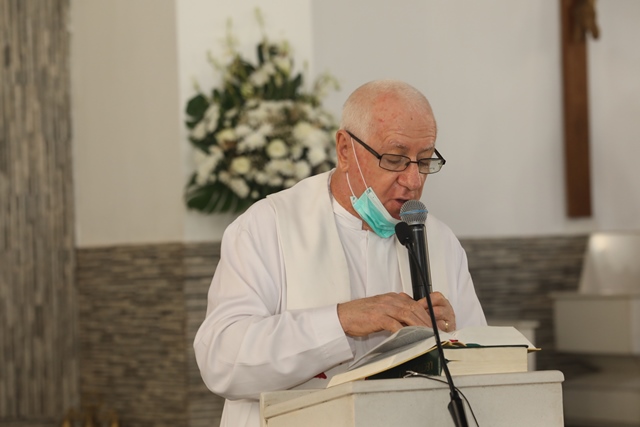 In his address titled “Lest We Forget”, the President of the Ghana Bar Association eulogized the three Murdered Judges; also referred to as Martyrs of the Rule of Law:

“You performed your duty as Judges without fear or favour. You stood for the rule of law.  But your assassins hated what you stood for and murdered you. They could not eliminate what you stood for. Your monuments stand in the forecourt of the Supreme Court in constant reminder of the good qualities required of a Judge. Judges, Magistrates and Lawyers will continue to draw inspiration from the bold and courageous manner in which you administered justice in those challenging times.” 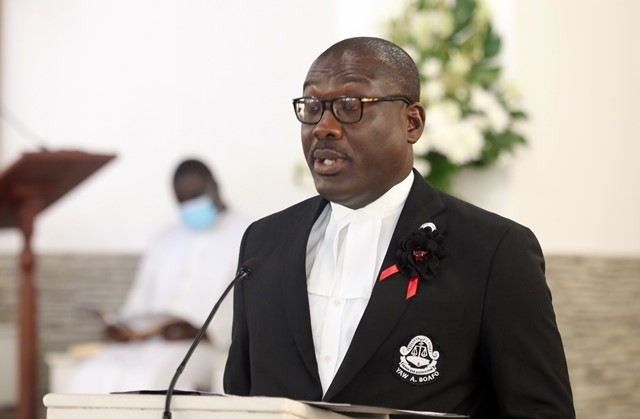 On June 30, 1982, Justices Fred Poku Sarkodee, Cecilia Koranteng-Addow and Kwadwo Agyei Agyepong, together with Major Rtd Sam Acquah; a retired Army Officer were abducted by unidentified assailants and murdered in cold blood. This sad incident occurred during the hours of a night-time curfew at the Bundase Military Shooting Range in the Accra Plains.

For the past 39 years, the Bench and the Bar have thus adopted June 30 every year, to acknowledge the good deeds of these Martyrs of the rule of law; A remembrance service is held in their honour. This is mostly preceded by a wreath laying ceremony near their busts, which have been raised at the forecourt of the Supreme Court of Ghana. 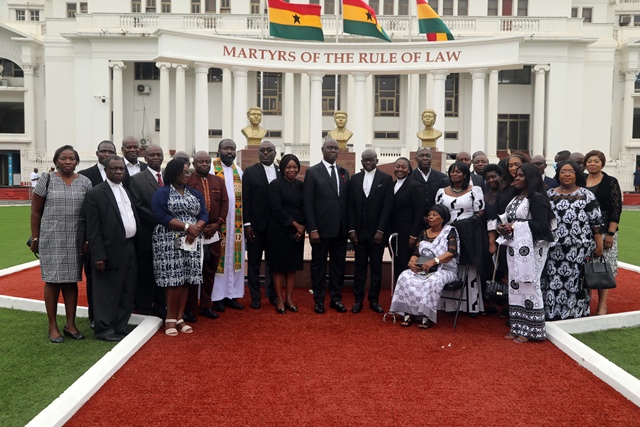