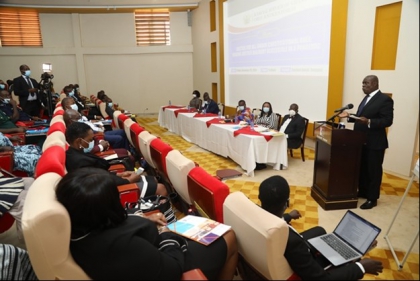 The Judicial Service of Ghana has held its 12th edition of the Annual Chief Justice’s Forum in Sunyani, in the Bono Region of Ghana, under the theme “Justice for All under Constitutional Rule; Making Justice Delivery Accessible in a Pandemic”.

The annual forum creates the avenue for stakeholders in the administration of justice to deliberate on key issues in the justice sector and how they can work to enhance the efficiency of justice delivery in Ghana. It also serves as a feedback mechanism for the Service, where it gets to know the concerns of the public, in order to strategize to improve its service delivery. It further provides an opportunity for the Service to disseminate information to court users and the general public on its operations to engender greater transparency and accountability.

This year’s forum brought together stakeholders from various fields: Justices of the High Court, Judges of the Circuit Court and Magistrates, chiefs, queen mothers and other traditional rulers, officers from local authorities, Assembly Members, NGO’s (POS Foundation, IDEG, AWLA), and Persons Living with Disabilities (PWDs). The others were Religious Leaders, Representatives from the Attorney General’s Office, Regional Bar, Security Services (Immigration, Fire, Police, and Military), Heads of Tertiary Educational Institutions and Staff of the Judicial Service.

A key feature of the Chief Justice’s Forum over the years has been breakout sessions where stakeholders are put into groups, with each given a sub-theme to deliberate on and give recommendations. The recommendations that come for each of these groups are collated and serve as primary data for the Judiciary and the Judicial Service in policy formulation and strategic plans. 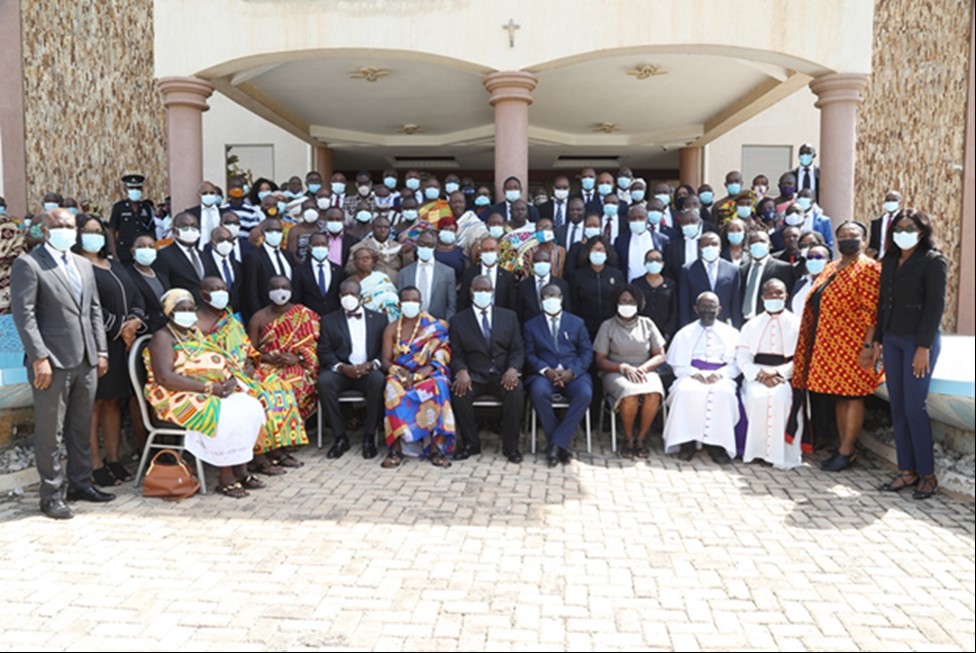 The pandemic brought a lot of challenges to justice delivery in the country, and per a directive from the Chief Justice, His Lordship Justice Anin Yeboah, majority of courts gave long adjournments. However, there was the significant need to ensure that justice delivery was not brought to an abrupt end, hence the forum offered a good opportunity for the Service to seek the views of stakeholders on the necessary interventions to institute in order to mitigate the impact of the virus so the Service continues delivering on its mandate.

After deliberations, the following are a number of the recommendations that were presented by each Group: 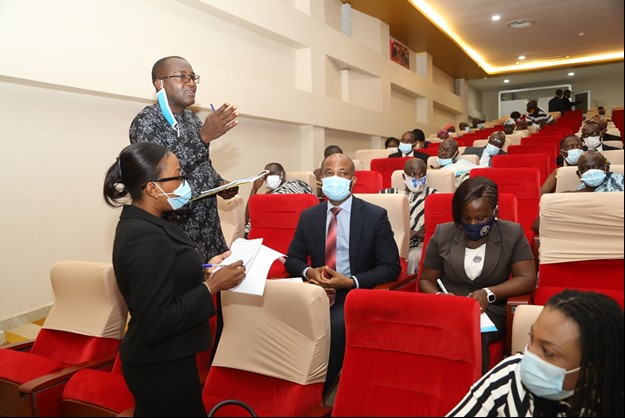 Group One: ‘The role of central/local governments as a major stakeholder in expanding accessibility to justice delivery in the Bono region”: 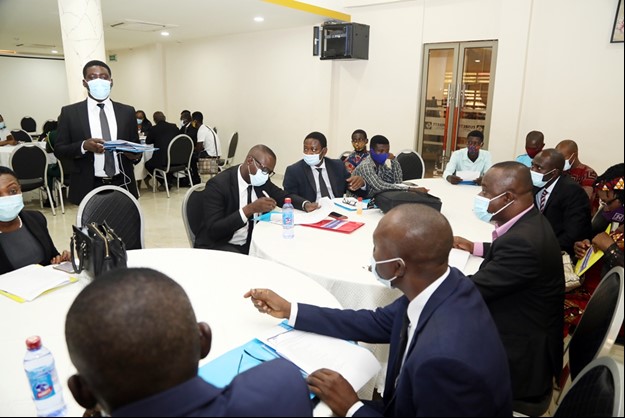 In terms of quality of staff, the recommendations included -

Group Three: “Introduction of the e-justice system, its extension, efficiency and sustainability requirements:

Group Four: “Digitization of justice delivery service and the possible effects on justice accessibility at the local level: 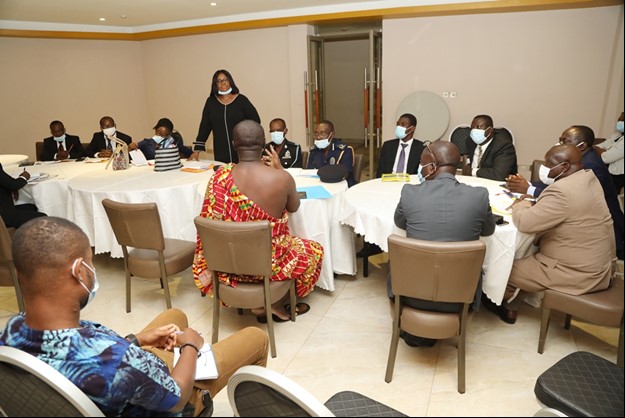 Group 5: “Ensuring a sustained and COVID-19 protocols complaint courts; the role of local government authorities and other organizations:

The Forum was well attended and participants very much involved in it, with many asking questions and making useful inputs, which will go a long way in helping the Service shape its future.