Judiciary Poised to Dispose of any Election Dispute within 42 days 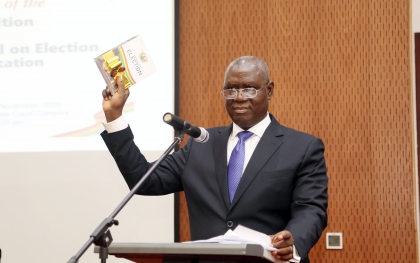 The Chief Justice, His Lordship Justice Anin Yeboah, has outlined the Judiciary’s preparedness towards handling any dispute that may arise from the December 7, 2020 general elections.

He gave the assurance that the thoroughness, the professionalism, and the patriotism with which the Judiciary approaches and dispenses its duties will never change. “Indeed, as part of our preparation for the 2020 elections, our Judges have had sufficient training to better improve their capacity in handling disputes that might emerge after these elections. Additionally, Justices of the Supreme Court have had to travel to various parts of the country to sensitize Judges and Magistrates in order that they can approach electoral disputes expeditiously and I am hopeful that our Judges will bring these added skills to bear in the determination of disputes which may arise after the elections”, he said. 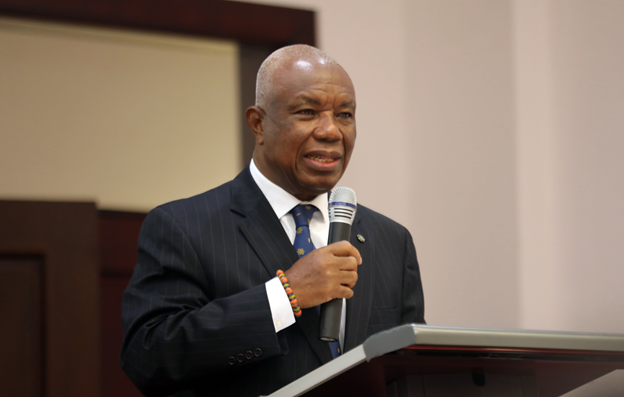 Chief Justice Anin Yeboah, was speaking at the launch of the       Fourth Edition of the Manual on Election Adjudication at the Law Court Complex in Accra.

He said the production of the fourth edition of the manual is a continuous testament to the commitment of the Judiciary to Ghana’s democratic evolution, which would serve as a primary tool to Judges and Lawyers, whiles being a useful tool for election administrators, media practitioners and even students.

For his part, Chairman of the Election Manual Review Committee and Justice of the Supreme Court, His Lordship Justice Jones Dotse, gave details of some specific changes that has been made to the manual from its third edition.

“Should there be any dispute, it should not go beyond 42 days. And there are major significant changes within the law. Now if you are interested in initiating a presidential election dispute, you must have been a candidate in that election and you can only sue the one who has been declared the winner by the Electoral Commission and the Electoral Commission. That’s all. No political party would be allowed to join the suit”, he said. 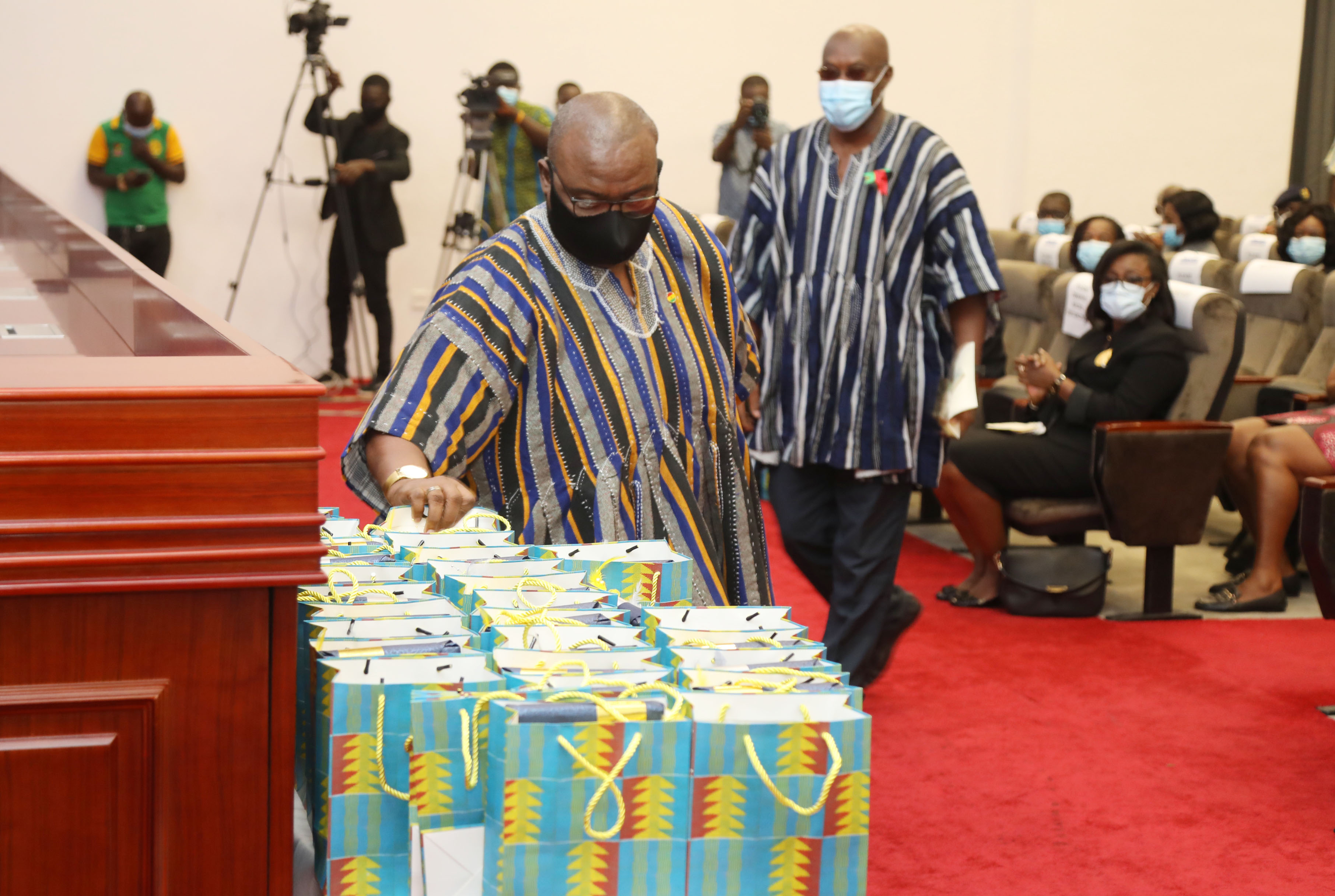 Justice Dotse said the Committee as part of its work this year, took the unprecedented step of monitoring the Voters’ Exhibition Exercise and provided on the spot advice and guidelines to all Magistrates who performed roles assigned them as District Registration Review Officers under C. I. 91. 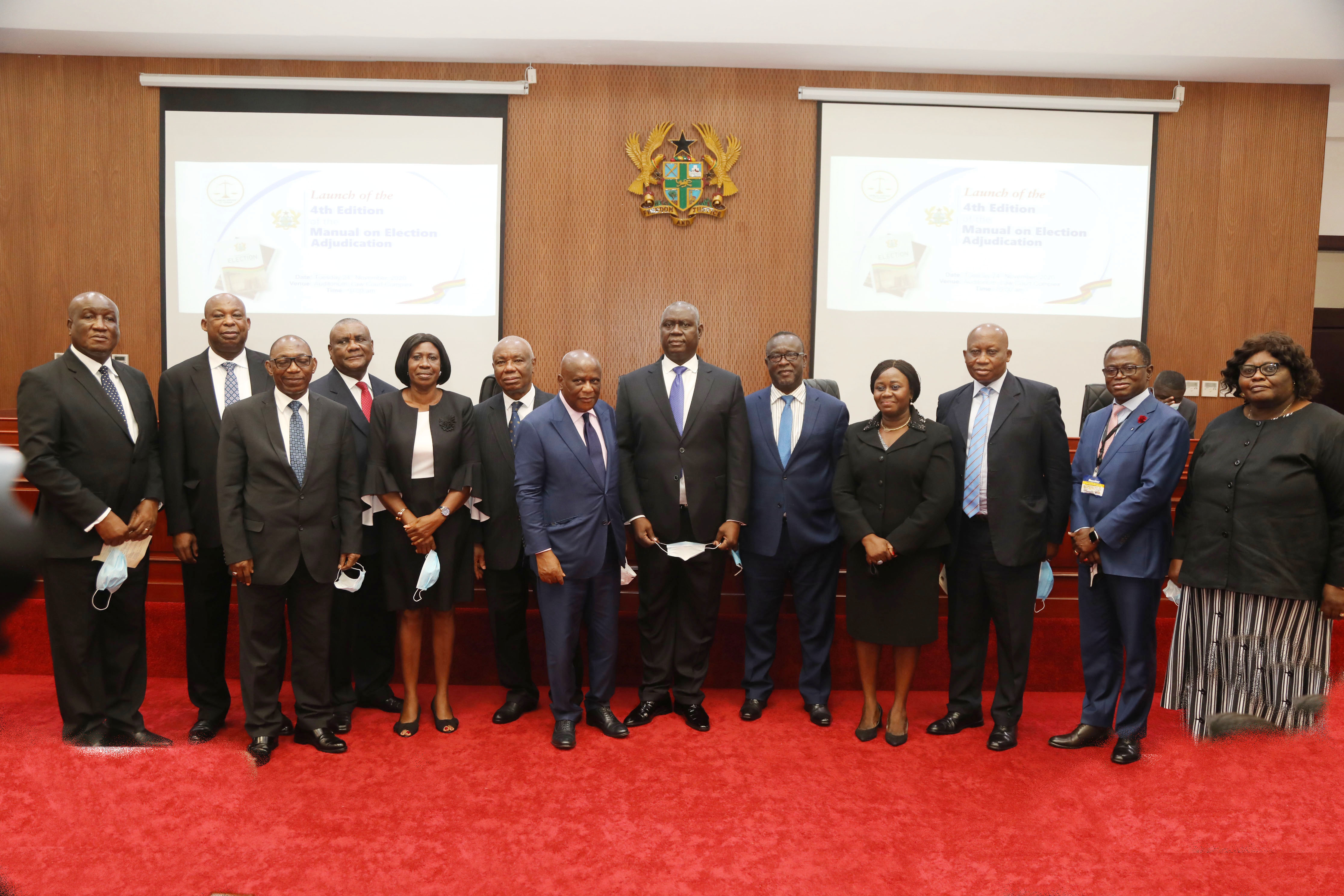 The Attorney General and Minister for Justice, Ms. Gloria Akuffo, who was represented by Madam Victoria Asieduaa, a Principal State Attorney, Prosecutions, said that the existing legal framework coupled with the manual offers the citizenry avenues to seek electoral justice in order to avoid election-related conflicts. She therefore used the opportunity to call on all participants to acquaint themselves with the manual and play their roles to help achieve the objectives of the Manual. She further encouraged citizens to report abuse of the electoral process and for law enforcement agencies to conduct thorough investigations and build dockets on electoral offences for onward actions by the Attorney-General. 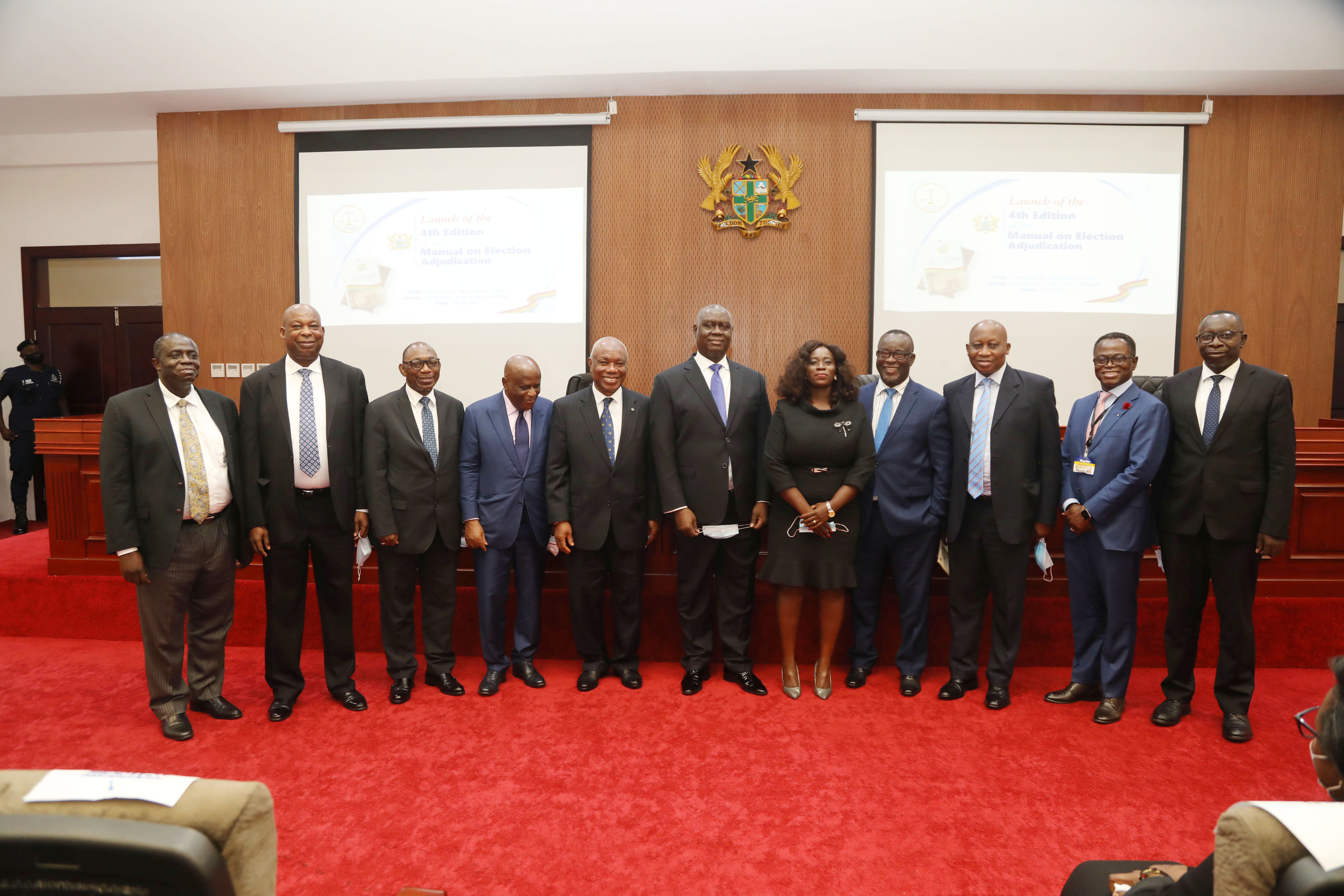