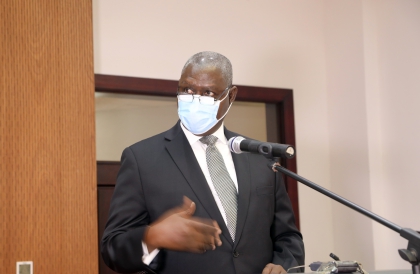 The Chief Justice, His Lordship Justice Anin Yeboah, has implored Circuit Court Judges and Magistrates to leave an indelible mark in their career, considering the critical role they play in the country, whiles justifying the confidence reposed in them by their elevation with devotion and equanimity.

“You are required to leave an indelible mark in the judicial sands of time and you can only achieve this through exceptional effort and great sacrifice. As judicial officers, who keep the lower courts of Ghana running, you bear the burden of determining the huge number of criminal and civil cases that pass through the hands of the Judiciary on a daily basis. Perhaps, we have not given much thought to this, but the fact remains that you constitute one of the major players in the maintenance of law and order in this country. Your decisions thus have far reaching consequences for the peace and stability of this nation. I would thus appeal to you not to take your responsibilities for granted”, he said.

The Chief Justice made these remarks when he swore-in 20 Circuit Court Judges and 19 Magistrates at two separate ceremonies at the Auditorium of the Law Court Complex in Accra. He administered the Oath of Allegiance, the Judicial Oath and the Oath of Secrecy. 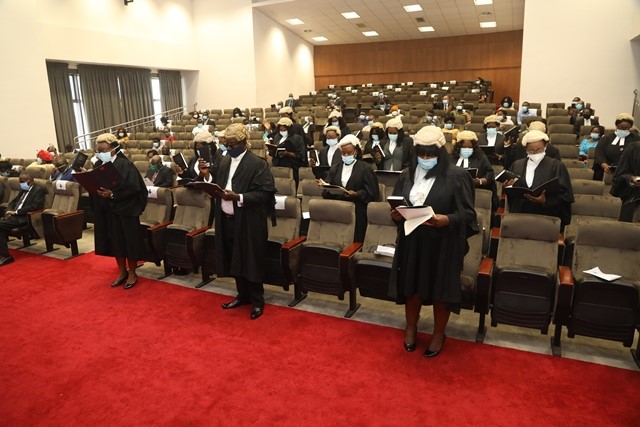 Chief Justice Anin Yeboah cautioned them to apply the law impartially and be free from influences extraneous to the case before them, keeping in mind that justice is about due process and it is anchored on the law, not on friendship or kinship.

He further expressed the hope that neither of them would give the Judicial Council the opportunity to sanction them in any way.

“I hope you would not give the Judicial Council which I currently Chair, the opportunity to take the most painful and difficult decision of dismissal or the ultimate sanction of impeachment as a result of misconduct or breach of the oaths to which you have sworn throughout your career as members of the Judiciary”, he said.

The National President of the Ghana Bar Association, Mr. Tony Forson, pledged the unflinching support of the Bar and hoped they would be equipped with the necessary working tools to function well. He however cautioned that the Bar “shall not hesitate to expose and prosecute any errant Judge in collaboration with the Judicial Service in accordance with the Bar’s own Constitution”.

Some Justices of the Superior Court, Family and Friends of the Judges and Magistrates witnessed the ceremony. 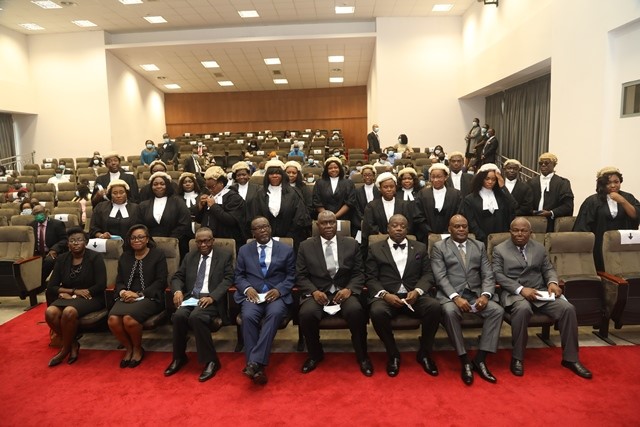